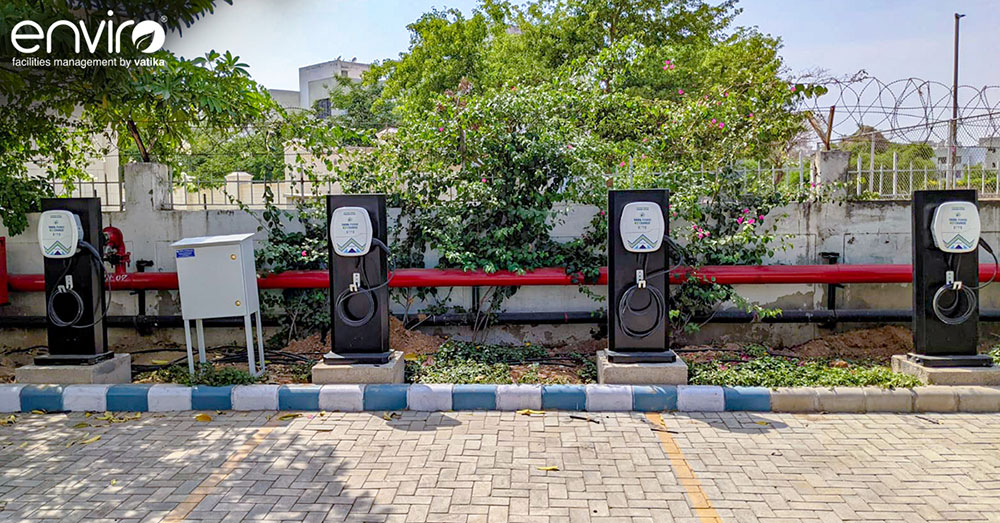 Electric Vehicles, often times referred to as EVs are the new talk of the town! Their USP being no carbon emissions and in turn being an efficient alternative to their petrol and diesel counterparts, that cause an irreversible amount of pollution. Acknowledging this paradigm change in the customers’ buying behavior and the benefits to the environment, the government has also stepped in and is taking necessary steps with the private sector players to extend support for the required infrastructure for charging these vehicles.

Like anything new, it comes with its set of queries and doubts. Since it uses electricity, one is often skeptical about its range, speed, battery life etc. Here are some frequently thought about myths;

1. These Cars Can Run Out Of Electricity Mid-Way

Busted: With the high acceptance and increase in demand of the EVs, the efficiency of the EV is being worked upon. The features are being improvised upon to suit the market demand and also increase the range in one charge. On an average, at present the range is 312 kms in one full charge and ever-growing.

It pretty much covers the average daily requirement of the user. However, the range it covers is also highly dependent on the size of the battery.

2.These Cars are as Slow as Golf Carts

Busted: These cars are usually faster than their gasoline powered counterparts. The mechanism is such that the transition from stationary to speed is instant when the driver pushes down the accelerated pedal. Some top models are even close to being rated as the quickest production cars.

3.They are Way too Expensive to Purchase

Busted: In India, as the demand is increasing so is the price range of the vehicle. At present, it is not available at a very low range but it is quite comparable to an SUV. The cheapest being, the Mahindra E Verito starting at around 9 Lacs. There are also used cars available which would be of a lesser range and also because it is a new concept, won’t be used too much as well.

Also, in the longer run it works out more economical than its petrol and diesel counterparts. With the ever-increasing prices of the fuels, I.e. Rs 90 +/L and Rs 80+ /L respectively, there would be days ahead where petrol and diesel vehicles would be unaffordable for the middle-income group.

Busted: These cars are known to be cleaner and easier to maintain than their petrol and diesel counterparts. The vehicle doesn’t require constant oil changes or tune-ups, and comparatively even the moving parts are far fewer to fail and replace. They use a one-speed transmission and parts like spark plugs, clutch, hoses, catalyst converters.

Also, given that the fuel used is a battery, there are less chances of the engine becoming as dirty as the that in the case of petrol and diesel fueled vehicles.

5.There aren’t Enough Charging Stations Yet

Busted: With the growth in demand of EVs and its many benefits for the environment, the government has joined hands with the private sector players to support the growing need of developing infrastructure to charge these EV vehicles.

6.There is a High Risk of Electrocution

Busted: The cars have been developed after a lot of R&D and are produced by renowned brands. Situations like the battery interacting with water or the driver getting electrocuted while charging the vehicle have been looked into and safeguarded against. One hasn’t heard of any such incidents as of now. Also, as compared to their petrol and diesel counterparts they are less inflammable and there are less chances of an explosion.

7.It Takes Very Long to Charge

Busted: It doesn’t take very long to charge an EV. Also, since cars do spend a lot of time stationed at one place, there is enough time that one has, to charge them at office, home or a mall. It takes only a few minutes to get a decent 20-30% charge.

With the growing demand and the development in infrastructure to support electric vehicles, there has also been growth in fast chargers which is the fastest way to charge your vehicle. On an average it provides between 6-100 kms of range in 20-30 minutes.

It is about time that people need to look into more environmentally friendly options rather than bank on sources of nature that are already depleting. Also, considering the level of pollution in the city the option of Electric Vehicles is a savior and should be seriously considered and invested into.

How Do Security Services Complement FMS?

Facility Management for the Next Generation of Buildings